We all know that every ball is different 🎾⚽️🏀. And yet most of the time, instead of selecting the proper shot for the specific situation, we approach different balls in the same exact way, ending up compromising our solid game for a negligible number of extra winners 😤.

Why? Because choosing wisely (aka shot selection in tennis jargon), especially when under pressure 🤯, is not an easy task. Not at all! But lucky for us 🍀, the DNO theory comes to our aid and makes it much easier.

Ever heard about it? If not, let me tell you: you need to know about it, NOW! Especially if you wanna play smart and not just hit every ball as hard as you can, which I bet you do 😉.

I'm Elena Margaria 👋🏻 and just like you, I'm on a mission to become the best tennis player I can 🥇. Even without a fancy team, or too much talent. Just with a huge desire to make it. That's why Tennis Rematch exists: to share everything I learn along the way 🤓, so you can get better faster, and together we can prove that we can achieve anything we set our mind to 🔥.

Okey, so let’s go! Here’s what I’m going to be covering with this post 👇🏻.

Table of contents
1 What is the DNO theory? 2 What factors define the situation you are in? 3 What's the difference between a defensive shot, a neutral shot and an offensive shot? 4 Which shot in which situation? 5 DNO fundamentals

What is the DNO theory?

DNO stands for Defense, Neutral and Offense, aka the 3 modes you can hit any stroke in tennis. And the DNO theory is an easy, yet powerful guideline you can follow to recognize which situation you're in and choose the most appropriate shot for it.

Think about it this way. You don't wanna enter a roundabout with the fifth gear 🏎, do you? The same applies to tennis: you don't wanna try a winner when you're all out of balance and moving backwards! That would be suicide 😑🔫.

Instead, you wanna be aware of the situation, so that you can act accordingly and maximize your chance of success 🏆.

Easier said than done? Nope, not this time, trust me! You just need to pay attention to a few things, and there you have it!

What factors define the situation you are in?

① The height of the ball 🎾 when you make contact with the ball:

🔸 above the net 👉🏻 offensive situation

🔸 under the net 👉🏻 defensive situation

② The position of your feet 👣 when you make contact with the ball:

🔹 inside the baseline 👉🏻 offensive situation

🔹 outside the baseline 👉🏻 defensive situation

And what about the neutral situation? How do you recognize it? Easy! When a combination of offensive and defensive factors occur. For example:

🔺 ball under the net + feet inside the baseline

🔺 ball over the net + feet outside the baseline

Ok, now you know how to define the situation you're in. Is that all? Of course not ❌, you're just half way! The second and last piece of the puzzle 🧩 is to play the proper shot, with the correct gear ⚙️. But what does that mean? Which one is the correct gear?

What's the difference between a defensive shot, a neutral shot and an offensive shot?

A neutral shot is a shot you hit to protect yourself 😏. Its aim is not to hurt your opponent, but making sure you're not hurt with the following shot. It's a low-risk, high-percentage shot. Needless to say, it's also the most important shot of all and the one you should be hitting the most. Examples of neutral shots are a solid volley to the middle of the court, a deep heavy forehand, a low well-placed passing shot etc. 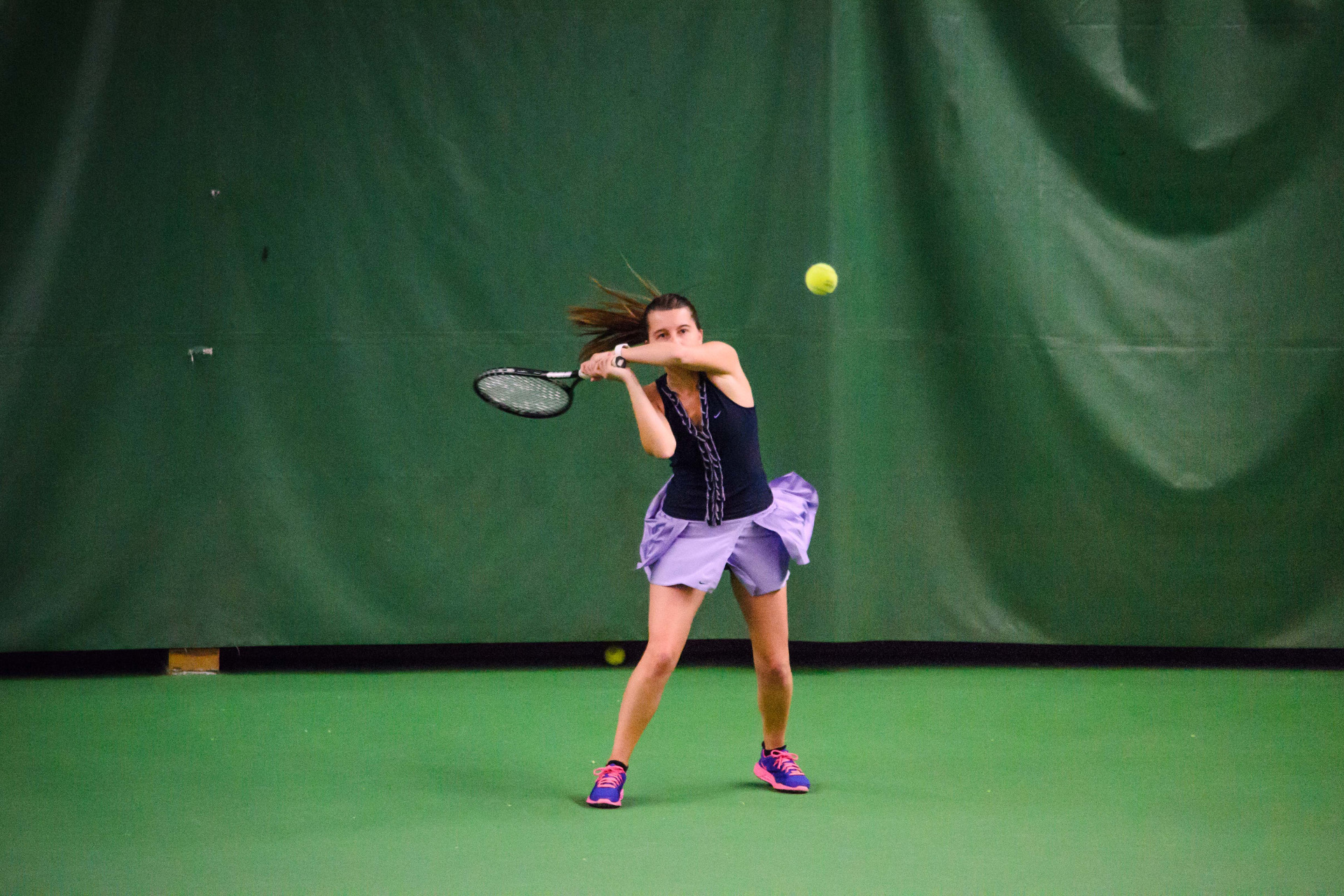 A defensive shot is a shot you hit when your main goal is to just stay in the point 🥵. Since you're in trouble, you're not trying to hurt your opponent with it. That wouldn't be wise: the risk of making a mistake would be skyrocket-high! What you're trying to do instead is just to regain some ground, and get the point back to neutral as quickly as possible. Examples of defensive shots are a moonball 🌙, a slice backhand hit on the run, a very-high-yet-not-deep lob etc.

On the contrary, an offensive shot is a shot you hit to finish the point 😎. It can be a winner, or it can be an aggressive shot played with the aim of forcing an error from your opponent. What matters is, it puts pressure on the opponent and hurts him / her 💥. Examples of offensive shots are a down-the-line backhand, a dropshot, an easy smash overhead etc. 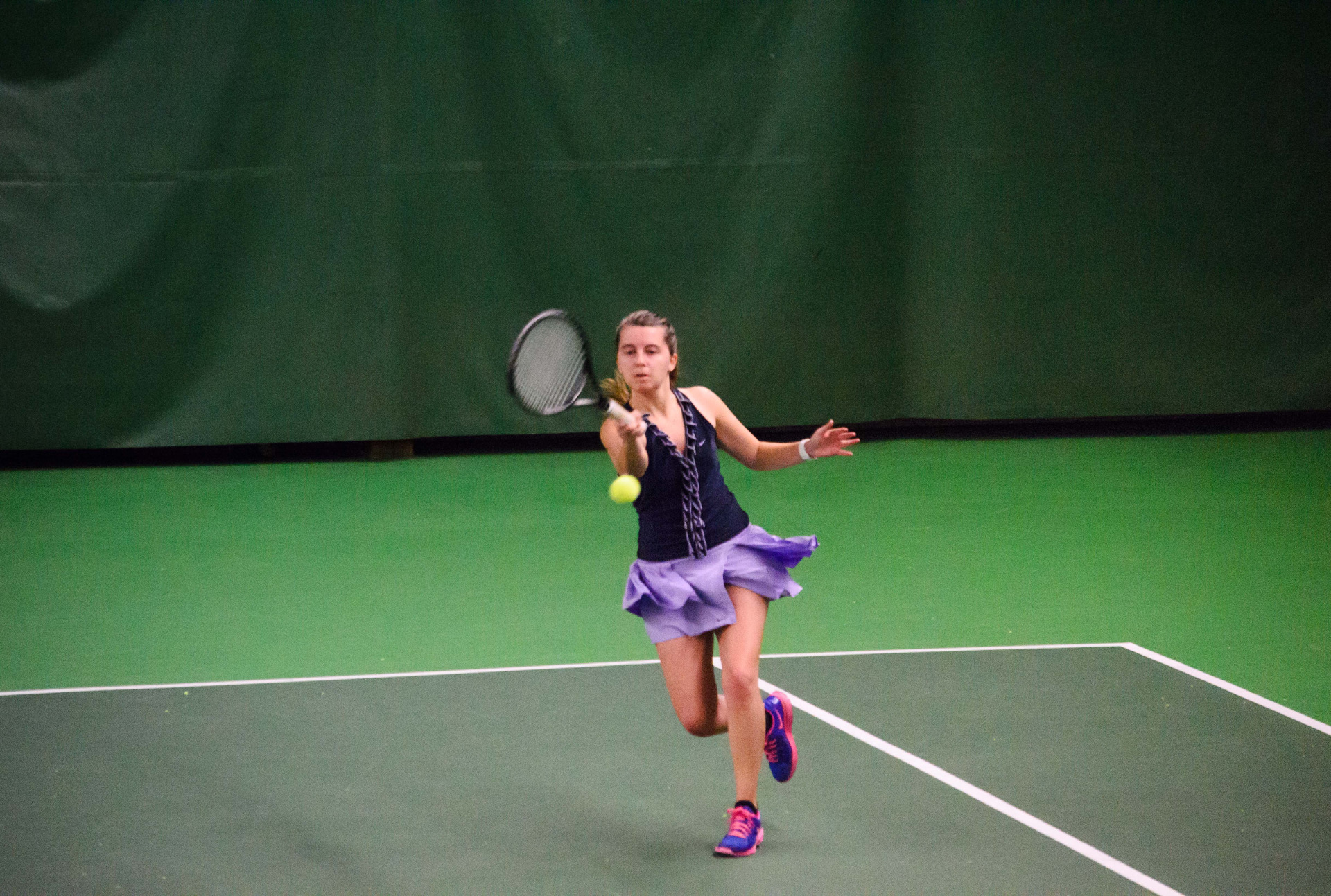 Now that you have the two pieces of the puzzle 🧩🧩, let's put them together and see what comes out.

Which shot in which situation?

But let's see why each situation calls for its own shot and what can happen if you opt for something different instead.

Anyway, the point is you're in a vulnerable situation. Playing an offensive shot is not really an option 🚫, as your chance of making a point from that position is almost inexistent, and unless you wanna try your luck 🍀, you pretty much know in advance you're gonna gift your opponent if you try a winner. And chances are, you probably cannot even play a neutral shot as you're in such trouble that neutralizing your opponent may result more difficult than usually. Which is why you should opt for a defensive shot. To stay in the point and try to get back to a reasonable position!

In other words, a neutral situation is not optimal, but way more comfortable than the previous one. Which is why you could be tempted to attempt an offensive shot. However, as offensive shots are by definition high-risk shots, they're not really a good idea in this case 🚫, unless the score gives you a bit of space for experiments. At the same time, why would you play defensive and give your opponent the opportunity to attack you, when you can avoid it? That's why the best option here is the neutral shot. You're in a good-enough situation to make sure your opponent won't hurt you with the next shot, without incurring in too much risk 👌🏻!

Finally, what's better than being in an offensive situation 😎?! Nothing, right? At least, if you know how to put pressure on the opponent! After all, you're well inside the baseline with a ball over the net, the perfect conditions to either end the point with a winner or force an error.

Clearly, playing defensive wouldn't make any sense, it would be totally dumb! And why would you play a neutral shot and not hurt your opponent when you're given the opportunity? Your opponent may not forgive you and get offensive himself, and you don't want that 🚫! This is the situation where you should go for an offensive shot. You have the chance to hurt your opponent, without even running too much risk given your optimal conditions, and you shouldn't waste it!

If this is the first time you hear about the DNO theory, you probably think it's a bit overwhelming and a lot of stuff to think about 🤯, especially when you're in the middle of an important point. And I don't blame you!

But the truth is, the DNO theory is just a tool 🔧 you should use during practice to train your brain 🧠 to think in the right way, so your perception becomes sharp and accurate, and your shot selection totally automatic.

That said, here are a few key fundamentals to keep in mind if you're just getting started with the DNO theory:

🔐 Read them, read them out loud, over and over again until you know them by heart. They're simple, but they can make a big difference in your game. They can give you an edge. And who doesn't want one❓

Ok, enough theory for now. Let's talk about your experience instead!

Let me know in the comments if you knew about the DNO theory, or it's the first time you hear about it.

👉🏻 If you did know about it, do you diligently put it in practice? Or it's still only theory 📝 for you? But above all, is there one gear ⚙️ in particular you'd play all the time if you could? Which one? And which one you still need to perfect? Here are mine: my favorite gear is by far the Neutral gear, as I like being consistent and prepare the point, and the gear I need to work the most is for sure the Offensive one 😊.

👉🏻 If it's the first time you hear about the DNO theory, do you follow any other "rule" to know when and how to change gears? Or you just play instinctively without bothering about what's the proper shot? If that's the case, ⚠️ be aware you're probably losing way too many points you could win if only you'd choose more wisely!

Hope you found this blog useful and learnt something from it. Shot selection isn't as complicated as it sounds! If you did, leave me a clap (or two) so I know you did 🙏🏻

15 Jul 2020
#TACTICS
Forced errors - How to make your opponent miss
Looking for ways to win points even without winners 🧠 ? Smart! Use these ad-hoc strategies to force your opponents into errors and you'll thrive on the court!
08 Jan 2020
#HABITS
Tennis scouting 101 - How to beat your opponent before the match starts
If I had to name one nerdy skill that's helped me to win more matches 🏆 since day 1 (even when I had all the odds against me on paper ⚖️), scouting would be that skill. It is that important. So why not share what I know about it, so you can skyrocket 🚀 your chances of victory too❓
15 Jan 2020
#TACTICS
Tennis tempo
Bored of feeling rushed or slowed down during your matches 🛶 ? Learn to dictate your favorite tennis tempo and never let that happen again!
Comments
Loading...