Curious to know how tennis and I made peace after 4 long years of absolute silence? I know you are. After all, even I had lost hope after such a long time and didn't think it was possible. But as 99% of the time, when you least expect it, things fall into place.

So here's how it went. But first let me warn you: get ready because you'll read about lots (many lots) of signals that tennis sent me and I completely ignored (sigh). And I'll tell you more: if by reading all my adventures you didn't think it was destiny we'd end up together again, I'd be very surprised!

It was September 2014 and I had just moved to Helsinki for my Erasmus. I was gonna live there for the whole year and guess where I'd got a flat? In the campus, at the forth floor of a building, with a stunning view on the the athletic field and the tennis courts. Coincidence?! I wouldn't say so.

But wait. That's not the best part. Of course, after realizing in person my lux location, I asked my parents to send me all my tennis stuff: rackets, strings (because you know, when you play every day, you break them), shoes... everything!

And guess how many times I ended up playing? Zero. That's right: 0. And don't ask me why, because I don't have any excuse!

Probably, the real reason is that being there was a big deal for me. After all, without a scholarship I could have never afforded one whole year in Finland. And in order to get all the money and not have to return the half I had received before my departure, I had to prove I deserved it by completing all the courses and the thesis during my stay.

Moral of the story, I couldn't dick around since school was my priority #1. So that's why, I think, I ended up pouring all my energy into school, forgetting about tennis. We can say it was a bit out of necessity.

You're sorry for my rackets that had to travel so far for nothing? Don't be, because they actually got to enjoy! One of my Finnish friends living on my floor borrowed them a couple of times in exchange for a jar of Nutella. He knew me pretty well, didn't he?

When I came back from Finland, I couldn't graduate right away as I was still missing one (yep, 1) exam. I had no other option than attending my very last course for the next six months and postpone my graduation to March 2016.

Was I pissed? Not so much. Of course I couldn't wait to be out of Uni, but at the same time, time was ticking and still I had no idea what I was gonna do next. So I didn't feel so sorry for having some extra time for figuring out my life!

So once again, tennis was not among my priorities. WTF?! What was wrong with me?!?! Many things I guess.

I was too caught up with my future and all the things I was supposed to do after Uni that the idea of playing tennis didn't even touch me. That's crazy, I know. I cannot believe I wasted so much time and didn't take the opportunity. But what can I do?

Once I finally graduated (which I risked not to because I'm a little distracted, but that's another story), I moved to Antibes, a little town in Côte d'Azur between Nice and Cannes, for my first new job. 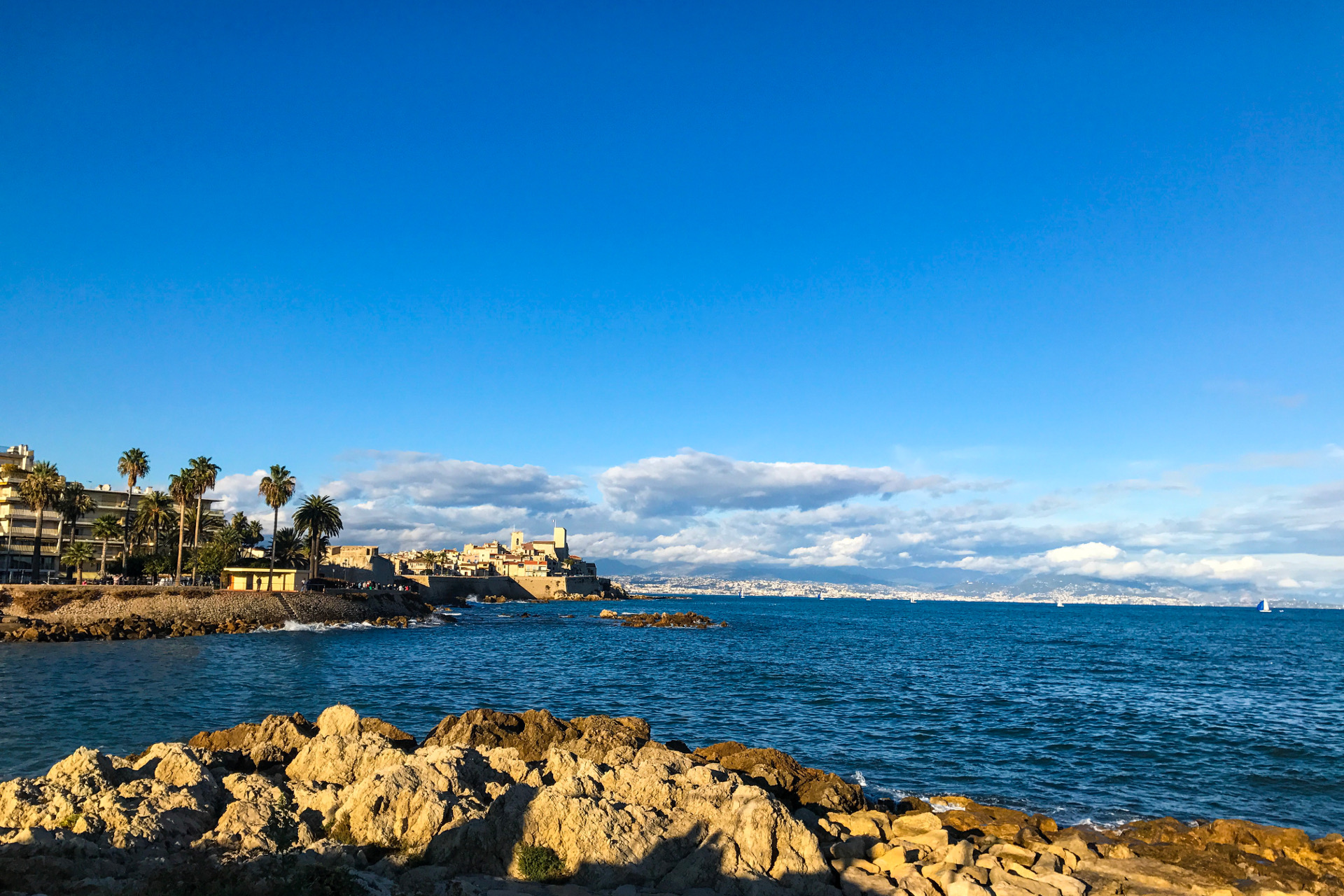 My workplace was on the hills of Sophia Antipolis, the so called "European Silicon Valley", just 2 km away from the renowned Mouratoglou Academy. Wait, what?! Yes, that one: the mega-galactic tennis academy founded by Serena Williams's and many other top players' coach.

OMG, if I think about it now I'd slap myself! I was passing by it every single day on board of my speedy Yamaha scooter and I'd duly slow down, turn my head and try to spy through the leaves of the trees on the other side of the road.

I was curious, naturally. But nothing more than that. I must have been possessed by some evil spirit because, F**K, how could I live and work there for one year and a half and not be reminded of my infinite love for tennis?!

This will forever be a mystery for me. I really cannot find any reasonable alibi, even with all my good will. Can you? Because if you can, please tell me. I'd really appreciate it: at least I could finally give an explanation to all this non-sense.

At the beginning of 2018 I packed all my life once again and moved to Helsinki. Again (yey!!).

Do you even need me to tell you or you can guess by yourself where I found home? Let's ask Google Maps where I currently live. Oh, just 300m from a tennis club, it says. What a surprise!

But let's continue the guessing game... what sport do you think I practiced during the first 18 months of my Finnish life? Hint: the first letter is not a T.

But anyway, the point is: almost no tennis at all. And I say almost because I did re-take the racket 3-4 times during the Summer, but then it ended there.

At this point you're thinking I was a lost cause, aren't you? And instead, lady or gentleman, something made me come to my senses!

THE TURNING POINT: my 28th birthday

It was Saturday evening and we were enjoying our super romantic view on the lake while waiting for our pizzas. I was so happy and grateful! How could I be so lucky? I had got to spend my very special day with my boy, traveling around Finland, relaxing at the spa and having pizza. Did I deserve all of that? 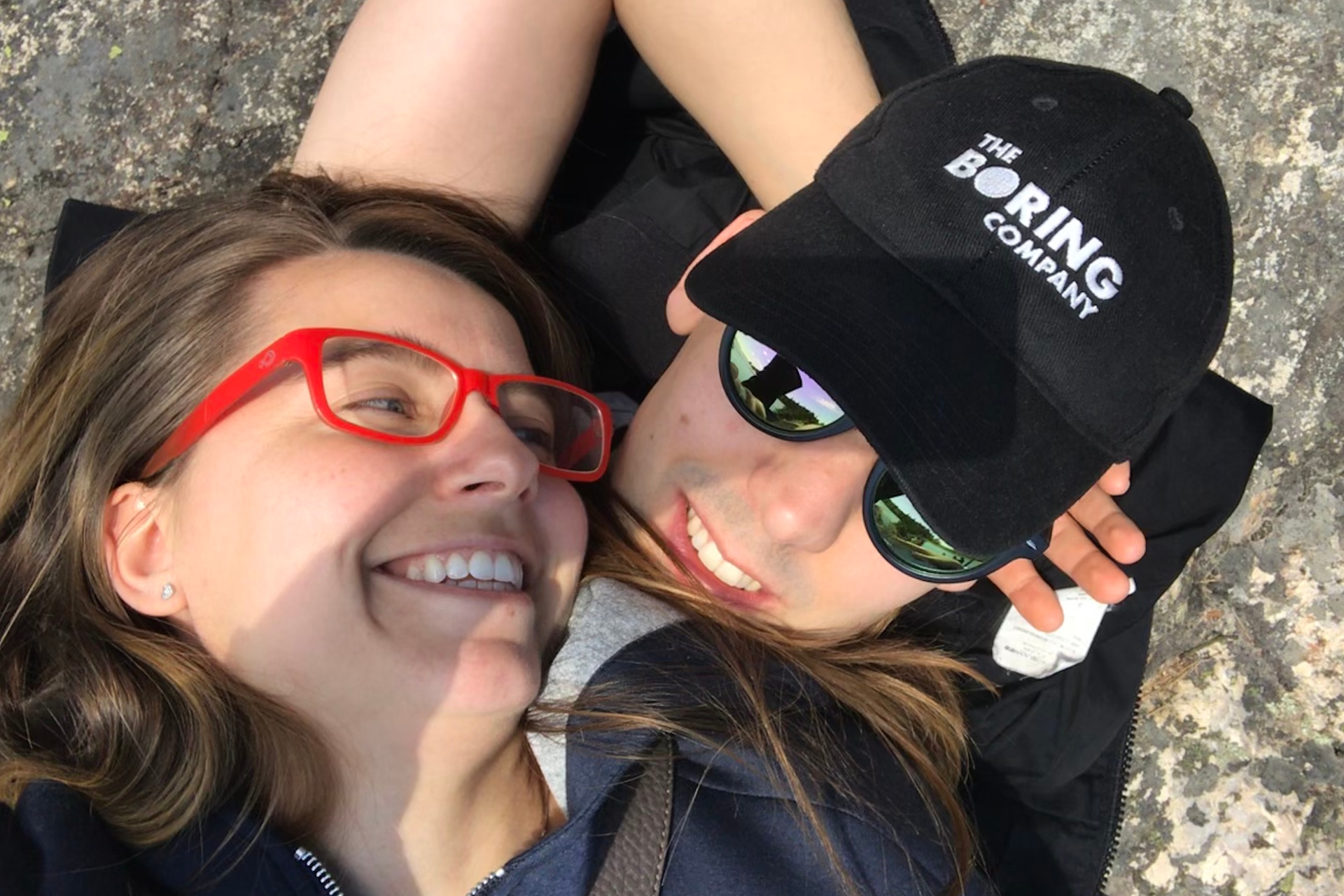 My little hamster (= brain) was still running on the wheel (= spinning), when the "VRRR VRRR" of my boyfriend's phone brought me back to reality.

He reads the whatsapp message and asks me: "Where do you have your phone?". "I must have left it in the room. Is it mum?" I say, and he passes me his phone.

SBAM! My eyes get big, my heart starts beating like crazy and a huge ear-to-ear smile lightens up my face. My parents' birthday's gift was a "gift card" for 2 Wimbledon tickets! OMG, Wimbledon!!!!!!!!! I had been wanting to go for so many years!!! I literally couldn't believe I'd finally be there! 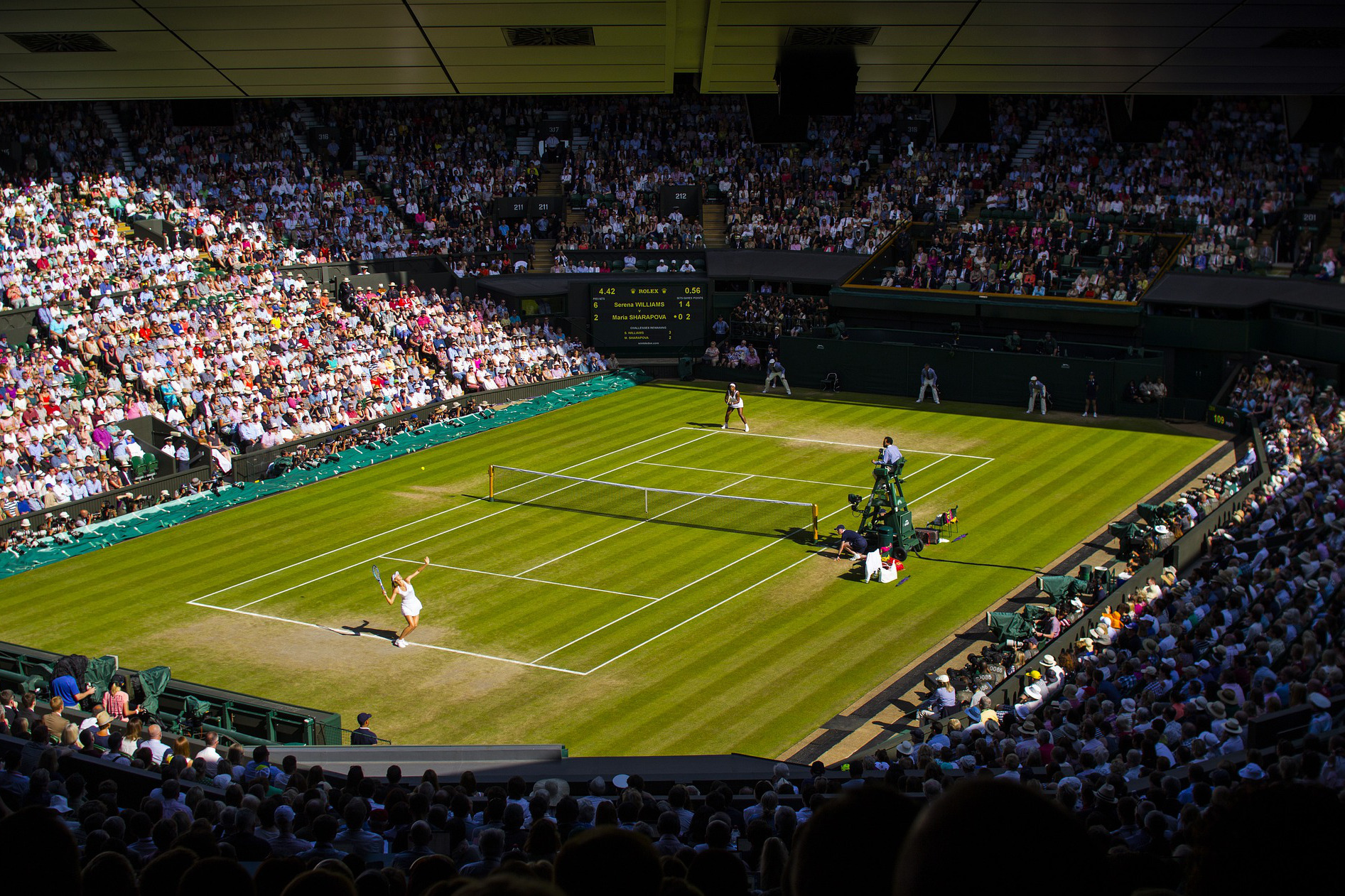 But somehow, it seemed too cool to be true!! And usually when it does, it's because it is! Indeed guess what? I did go to London but didn't manage to buy the tickets for Wimbledon. And yes, I wish this was a joke, but it's not, I swear!

Anyway, that didn't change much. Because the adrenaline rush I had got while reading the message had already triggered something much bigger: an incredible chain reaction of emotions. Indeed, this is what happened.

→ It made me remember how many birthdays I secretly prayed I'd get tickets for Wimbledon.

→ Which reminded me of the good old times when I'd spend all day thinking about matches, tournaments, backhands and Sharapova.

→ Which made me stay with the eyes attached to the screen during Wimbledon's semis and finals, completely ignoring the guests I had at home (ops, sorry but not sorry).

→ Which made me go play tennis with my boyfriend, even though he had never played before.

→ Which made me realize how much I missed hitting the ball and how good I feel when that frigging forehand of mine goes in just before the line.

→ Which made me dream many many nights in a row of playing (and winning, of course) tournaments again.

→ Which made me wonder if I'm still on time to compete at a certain level.

→ Which made me decide "You know what? Fuck what people say and think. Fuck my age. Fuck all the money that it requires and I don't have. I'm gonna try anyway. I'd rather fail, than regret."

Because playing tennis at a high level is my dream. So why not fight for it? After all, it always seems impossible until it's done, doesn't it?

Here's my plan. I'm gonna keep practicing as much as I possibly can, trying to get tennis-wise fit again so that I can start competing ASAP. I cannot wait to play a match!! Even just thinking about it makes me super excited!!

For the time being I won't have a coach, so I'll coach myself (if that's even a thing!) with the help of my boyfriend (yes, you read it well!) and videos. My main focus will be my technique as I think there couldn't be a better time since I'm still kind of rusty. Hopefully I'll even manage to fix mistakes I used to do in the past. Fingers crossed required!

In any case, I'll share my progress on here either in form of a blog or through videos, so you can follow my tennis journey and cheer me up when I'll be discouraged. I'm sure I'll need that :) Who doesn't?

But enough about my little (?!) odyssey and current tennis situation. Now I want to know about you!

Let me know in the comments if you also experienced something similar. Have you ever "forgotten" how much you love doing something?

If so, what was it? And how did you "remember" it? Did it take a long time?

If not, what is the one thing you love doing at the moment? And why do you like it so much? Is it the adrenaline rush, or something else?

Hope you had fun reading about my stubborn way of ignoring even the clearest signals, and enjoyed the happy ending. If so, leave me a thumb up so I know you did!

15 Aug 2019
#MYSTORY
How I got started with tennis
If you want to know when / why / how I started playing tennis, here's the right place. To be honest, not many people know the whole story. Which is kind of weird, since the tennis court has been my happy place for so many years.
01 Oct 2019
#EMOTIONS
My second-first tennis tournament - the emotions
Ever wondered how you'd feel playing your first tennis tournament? Or, in case you're a tennis player and have already played tens of tournaments, do you still remember how it felt that first time?
19 Sep 2019
#TECHNIQUE
How I improve my tennis technique without a tennis coach
Think you cannot improve your technique without hours and hours of practice with a coach? Think again! If you are on a tight budget, like me right now, then don't even think you're done with tennis. Because you're not!
Comments
Loading...